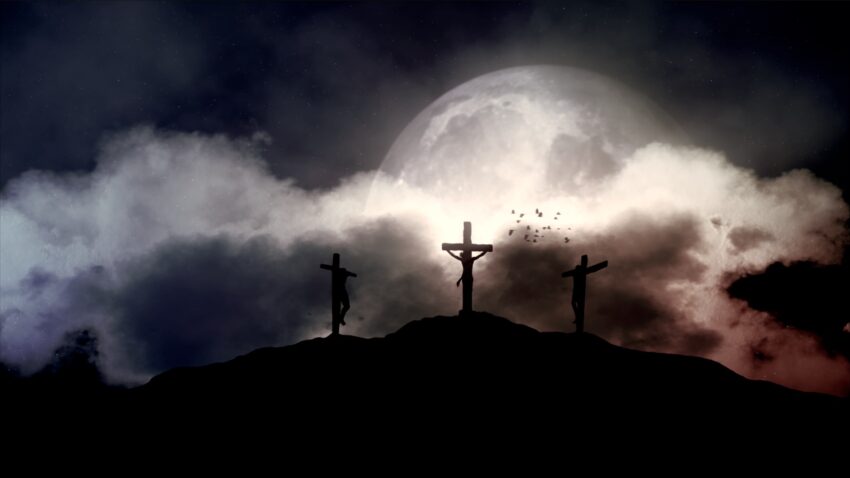 Acts 16:22-34 NASB95
The crowd rose up together against them, and the chief magistrates tore their robes off them and proceeded to order them to be beaten with rods. [23] When they had struck them with many blows, they threw them into prison, commanding the jailer to guard them securely; [24] and he, having received such a command, threw them into the inner prison and fastened their feet in the stocks. [25] But about midnight Paul and Silas were praying and singing hymns of praise to God, and the prisoners were listening to them; [26] and suddenly there came a great earthquake, so that the foundations of the prison house were shaken; and immediately all the doors were opened and everyone’s chains were unfastened. [27] When the jailer awoke and saw the prison doors opened, he drew his sword and was about to kill himself, supposing that the prisoners had escaped. [28] But Paul cried out with a loud voice, saying, “Do not harm yourself, for we are all here!” [29] And he called for lights and rushed in, and trembling with fear he fell down before Paul and Silas, [30] and after he brought them out, he said, “Sirs, what must I do to be saved?” [31] They said, “Believe in the Lord Jesus, and you will be saved, you and your household.” [32] And they spoke the word of the Lord to him together with all who were in his house. [33] And he took them that very hour of the night and washed their wounds, and immediately he was baptized, he and all his household. [34] And he brought them into his house and set food before them, and rejoiced greatly, having believed in God with his whole household.

Acts 1:6-11 NASB95
So when they had come together, they were asking Him, saying, “Lord, is it at this time You are restoring the kingdom to Israel?” [7] He said to them, “It is not for you to know times or epochs which the Father has fixed by His own authority; [8] but you will receive power when the Holy Spirit has come upon you; and you shall be My witnesses both in Jerusalem, and in all Judea and Samaria, and even to the remotest part of the earth.” [9] And after He had said these things, He was lifted up while they were looking on, and a cloud received Him out of their sight. [10] And as they were gazing intently into the sky while He was going, behold, two men in white clothing stood beside them. [11] They also said, “Men of Galilee, why do you stand looking into the sky? This Jesus, who has been taken up from you into heaven, will come in just the same way as you have watched Him go into heaven.”

Be sure and download the free app for the free show, TRUTH HUNTERS, available on ROKU, Apple TV, Amazon and any Android or Apple device!

Don’t forget to SUBSCRIBE to https://TruthHuntersShow.Com and you will receive an update in your email every time we post!

The Lyn Leahz Ministry is nearly 100% viewer supported. Please consider sewing a seed into the Lyn Leahz Ministry to help Lyn continue spreading the truth around the globe and reaching the lost while there is still time! You can give a gift by CLICKING HERE VIA PAYPAL or check or money order to: Lyn Leahz, P. O. Box 727, Springboro, OH 45066 Your help, prayers and support are greatly appreciated! You can also help by simply sharing these video messages everywhere you can and telling other so they too can be blessed!

Download the free app for the free show (TRUTH HUNTERS) available on ROKU, Apple TV, Amazon Fire and on the web CLICK HERE TO VISIT TRUTH HUNTERS TV ON THE WEB!

Watch it on Truth Hunters! Never any advertisements or nonsense!

TV Show Host, Video Creator, Biblical Researcher & Truth Teller. Aside from creating videos on her channel, https://youtube.com/lynleahz, she also manages and hosts her show, Truth Hunters, a free show with a free app available on any android or apple device, ROKU, Apple TV and Amazon.  You can email Lyn Leahz at Info@TruthHuntersShow.Com